A dry stock farmer from Gowran, Co Kilkenny won the title of 2019 National Rural Network Biodiversity Farmer of the Year award recently at the FBD Young Farmer of the Year Awards. We caught up with winner Alan Doyle on his farm near Blackstairs Mountain. 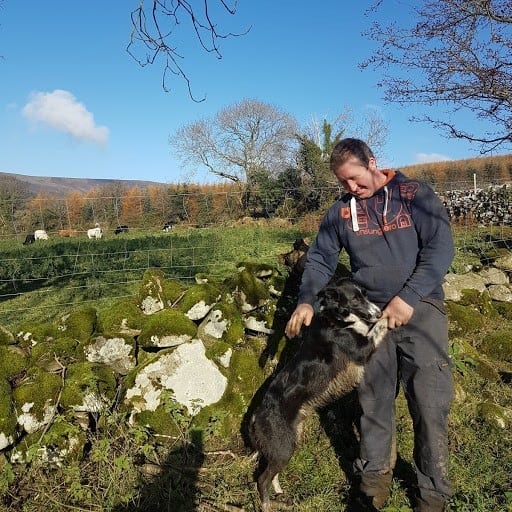 Alan champions good environmental management and he has demonstrated his passion for farming in a manner that protects and enhances biodiversity. He began farming five years ago lambing 35 ewes. He has expanded his farm, and in spring 2020 he will lamb over 170 ewes from February to April. Alan also keeps 23 spring calving suckler cows. The suckler cows graze on the lower parts of the farm while the sheep graze the upland areas of the commonage. The ewes have adapted to grazing the uplands and play a key role in maintaining local biodiversity. Alan farms a total of 86 hectares, 32 hectares of which is commonage land. The soil on the farm is heavy soil and it receives minimal fertiliser input. The boundary of lower fields consists of drystone walls with hedgerows. Stonewalls and hedgerows are important habitats for plants and wildlife on his farm.

He is an active member of the Blackstairs Farming Group who work closely with the Blackstairs Future Farming (BFF) pilot project, which aims to adopt innovative approaches to add value to the Blackstairs hill farming system, while simultaneously improving habitats. The Blackstairs Mountain provides habitats to support bird species such as the red grouse, kestrel and peregrine falcon, mammal species such as deer, pine martin, Irish hare, Irish stoat and bats and also supports many different species of butterfly, moths and insects. The farming shareholders of the commonage are key to maintaining and enhancing the vast diversity of species and habitats that depend on them.

“I am delighted to have won this award and to be recognised for supporting biodiversity and nature on my farm. I try to farm in conjunction with nature to protect the habitats on my farm. I want to leave this land in the best condition I can so future generations can enjoy the nature and biodiversity it supports,” says Alan.

Alan is an active participant in the Green Low Carbon Agri-environmental Scheme (GLAS), and he says being involved in agri-environmental schemes is beneficial to both farmers and biodiversity as the actions carried out aim to improve the quality of habitats on farms and educate farmers about the habitats on their farms. He intends to help further enhance the pollinator population by establishing beehives on his farm in the future.

Alan is also interested in social farming. Social farming offers people who are socially, physically, mentally or intellectually disadvantaged the opportunity to spend time on a family farm in a healthy, supportive and inclusive environment. He believes the participants in social farming could enjoy farming while exploring the nature readily available to them on his farm.