The National Parks and Wildlife Services (NPWS) have been awarded €4.3M in EU LIFE funding, for a project which focuses on improving the conservation status of the Corncrake in Ireland. The €5.9m total budget for the ‘LIFE Atlantic Crex’ project is due to commence in January 2020 and will run for five years. The project will see conservation work funded in project sites in counties Donegal, Mayo and Galway. Working in partnership with landowners, the Department of Agriculture, Food and the Marine, Údarás na Gaeltachta, Galway-Mayo Institute of Technology and Fota Wildlife Park, the project aims to deliver a 20% increase on the 2018 population of Corncrake recorded in Ireland by 2024. 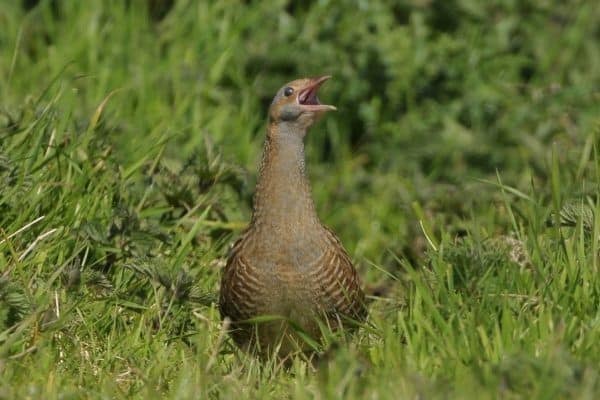 The corncrake, once present in abundance throughout the Irish countryside, has experienced a stark decline of about 85% in its population since the 1970’s. The corncrake is listed for special protection under Annex 1 of the EU Birds Directive.  Today, remaining strongholds are confined to Connacht, Donegal and its offshore islands.  Population decline has largely been linked to changes to farming practices such as hay-making for silage, increased fertiliser inputs, reseeding of semi-natural grasslands and the use of larger, more efficient machinery.

The Minister for Culture, Heritage and the Gaeltacht, Josepha Madigan TD, noted “the decline in Corncake numbers is of significant conservation concern in Ireland. Conserving species in their natural habitats requires a strategic approach to succeed. I am committed to this project, which demonstrates synergies between my Department’s strategic goals of protecting our natural heritage and facilitating sustainable development of island and rural communities.”

Source: NRN and Department of Culture, Heritage and the Gaeltacht