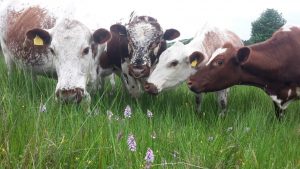 The 2020 advance payments under the Green Low-Carbon Agri Environment Scheme (GLAS) commenced in early November. At the time of writing almost 42,000 GLAS farmers had received the payment with further payment runs under way by the Department. Payments to date include the payment to over 3,000 farmers of the GLAS PLUS top up of €3.6m. GLAS PLUS is paid where additional environmental benefit is demonstrated beyond the standard GLAS contract.

Farmers across the country, in what has been a particularly challenging year, will benefit from these payments. The advance payments at a rate of 85% of the full annual payment are important to support farmers in delivering key environmental actions.

There have been four GLAS advance 2020 pay runs since early November. Commenting on the first pay run the Minister for Agriculture, Food and the Marine, Charlie McConalogue T.D., said, “Overall, compared to this time last year, we are paying €4million more to 3% more scheme participants, which is a fantastic outcome in light of Covid-19 restrictions. When combined, payments under the 2020 Areas of Natural Constraints Scheme (ANC), which started in September and the advance BPS payments which commenced on the earliest possible date of 16 October 2020, together with GLAS Advance payments, mean that payments of over €1.12 billion have now issued to Irish farmers since September.”

The Department of Agriculture Food and the Marine has secured funding for the extension of GLAS 1 and 2 contracts, which were due to expire at the end of this year, into 2021. This is excellent news for GLAS 1 and 2 participants as they can continue participating in the scheme for 2021. Farmers welcome the allocation as it provides certainty when transitioning from one RDP to another.

The GLAS Helpdesk can be contacted at 076 1064451. Farmers can also submit any queries they may have via email to GLAS@agriculture.gov.ie .

Regular pay runs will be in place over the coming weeks to issue payments as GLAS cases are cleared for payment.  Any GLAS participants with outstanding documentation including LESS or Rare Breed Forms or those who have been contacted by the Department with queries in relation to their GLAS participation or BPS application should respond as soon as possible in order to facilitate the early issue of payments.