The Forge project in Churchhill, Co. Kerry was awarded first prize under the theme for Economic Development, Enterprise Development and Job Creation.  Spa Fenit Community Council acquired a derelict forge and used LEADER funding to restore the building to maintain the areas connection with forging. The forge has become a popular heritage attraction on the Wild Atlantic way tourism route

The Dynamics Violin Project in County Louth took top honours under the Social Inclusion theme. This project targets primary school children in County Louth who are disadvantaged or live in isolated rural areas, by offering them access to free violins and music lessons.

The Ballyboughal Hedgerow Society in County Dublin won under the Rural Environment theme for developing a series of LEADER-funded environmental workshops to raise awareness of local biodiversity.

Over 5,000 people voted for their favourite projects among the 33 entries, and the three winners’ projects will now be showcased by the NRN in Ireland and Europe.

Click here to re-cap on all the entries submitted as part of the campaign. 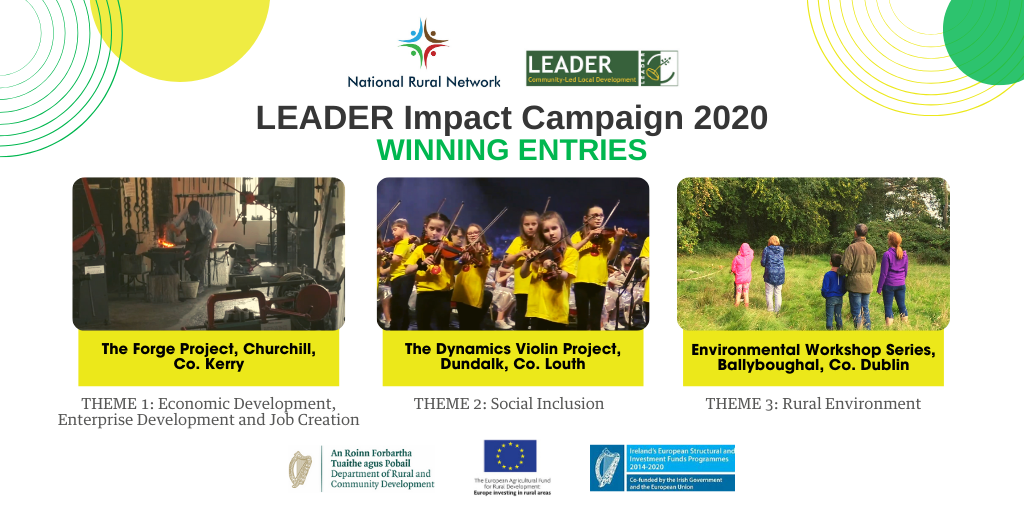