The Donegal Railway Heritage Centre (Donegal RHC), located in Donegal Town, commemorates the operations of the various railways across County Donegal from 1863 – 1959. Housed in one of the few surviving railway stations in the county, it is committed to saving, restoring, celebrating and developing a first-class visitor attraction. 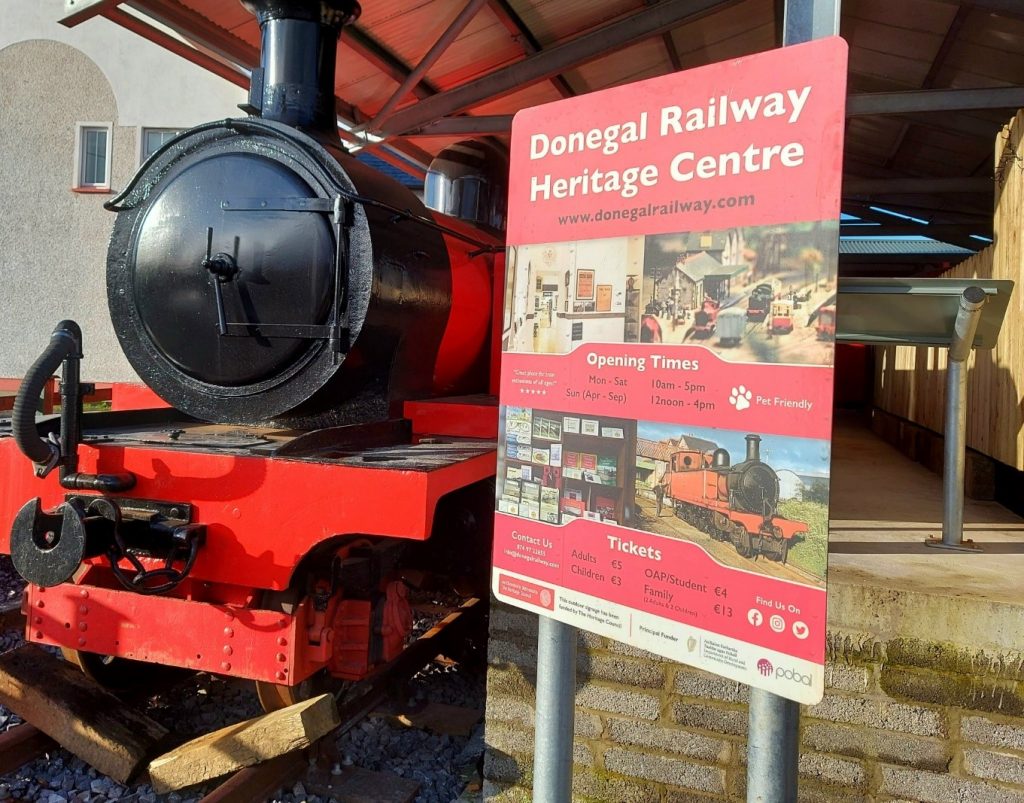 The Donegal RHC recently benefitted from LEADER funding towards the restoration of the Drumboe steam engine, the last train to operate a passenger service in the county back in 1959. After extensive works to Drumboe in a restoration yard in Co. Antrim, a ‘homecoming’ event was organised in late 2021 to mark the steam engine’s return to Donegal Town. This generated huge local interest and extensive media coverage further afield.

In addition, the heritage centre itself received an upgrade in preparation for Drumboe’s return. This included the building of a new presentation platform, installation of a canopy to cover the steam engine, as well as feature lighting and additional landscaping.

Drumboe was officially launched at the Donegal RHC on the 17th of August 2022. It is now widely recognised as a must-see destination in Donegal Town.

This project was supported as part of the LEADER Programme 2014-2020 (extended to 2022) under the theme of Economic Development, Enterprise Development and Job Creation, and the sub-theme of Rural Tourism. The Local Action Group is Donegal LCDC and the Implementing Partner is Donegal Local Development CLG.