In July, the NRN launched a Irish Women in Agriculture video series to highlight the pivotal role that women play in the, traditionally male dominated, agricultural industry. The series detailed the experiences of five farmers including Sinead Conry, a Pedigree Hereford breeder from Roscommon; Deirdre Divilly a dairy farmer from Galway, and University College Dublin (UCD) Agricultural Science student; Margaret Edgill an organic farmer from Offaly; Aoife Forde, a suckler farmer based in the Burren, County Clare; and finally, Daphne Scott a sheep farmer based in Co. Cavan, who also runs her own dog grooming, boarding kennels and mobile pet farm under the name Precious Pets. 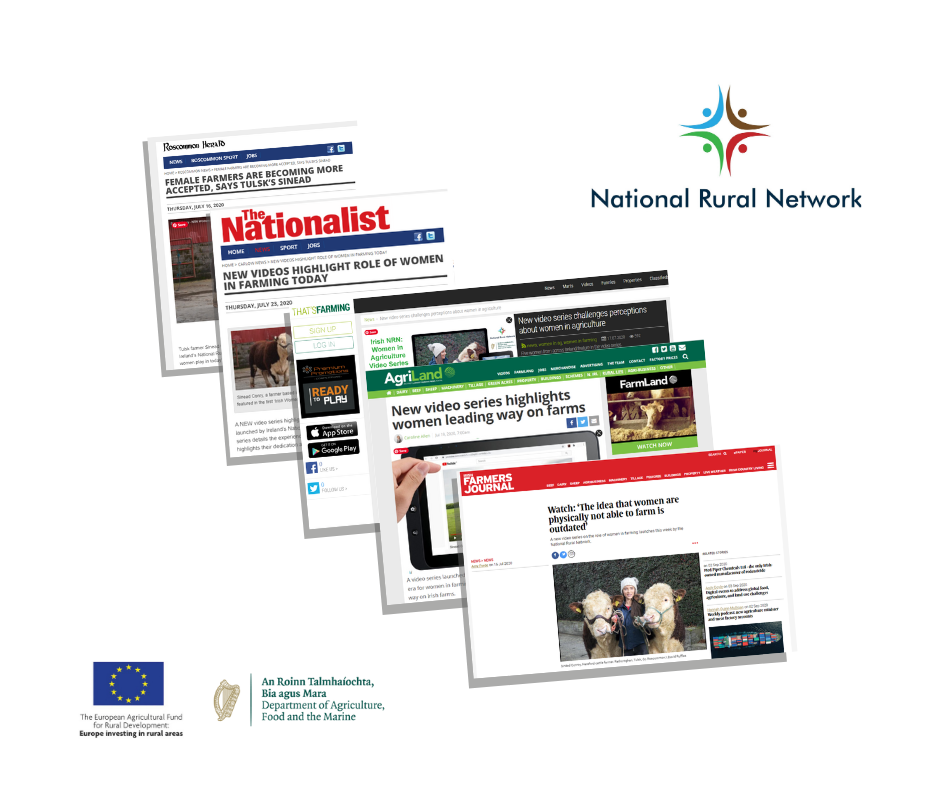 The series was released over a period of 5 weeks and garnered much attention through national and local press and radio. Some of the press coverage around the series included articles from the Irish Farmers Journal, Agriland, thatsfarming.com as well as in a number of regional newspapers including the Carlow Nationalist, the Roscommon Herald, the Connacht Tribune and the Tullamore Tribune. A further five radio interviews around the series were conducted with Castlebar Community Radio, Cork FM and also included appearances with series participants on the Farming Matters show on BBC radio, Countrylife with Midlands 103 and the Agritime show on Kerry Radio.

Commenting on this, Dr. Maura Farrell, NUI Galway and Lead Researcher with the NRN, stated that “the media coverage of the NRN’s Women in Agriculture Video Series, including over 4,000 views of the videos, is indicative of the changing nature of women in Irish farming. The video series and the manner in which it has captured the attention of the public is testament to the high esteem women in agriculture are held in contemporary Irish society.  It also sends a clear message of support for women interested or embarking on a career in agriculture, and in turn a message to farm owners that women interested in farming are capable and worthy successors of the family farm”.