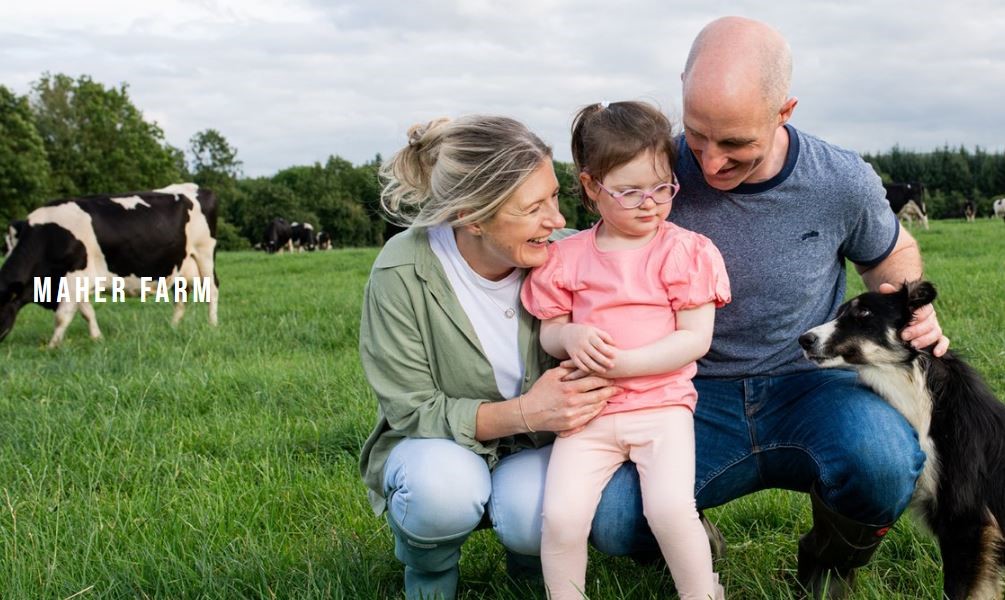 Gearóid Maher, a Dairy Farmer from Cappamore, Co. Limerick, who is also a Farming for Nature Ambassador and Field Officer of the Mulkear EIP-AGRI Project has been nominated as one of 13 finalists for this year’s National Dairy Council (NDC) and Kerrygold Quality Milk Awards which sets out to find and celebrate the top-quality milk farmers in Ireland. You can watch a new video featuring Gearoid, his wife, Sarah and young daughter, Sally Kate, produced as part of this annual national award programme recognising standards of excellence in dairy farming here.

Gearóid previously appeared in the 5th episode of the NRN’s Video Blog (Vlog) series featuring farmers who are participating EIP-AGRI projects throughout Ireland. See here The Mulkear EIP-AGRI project aims to deliver a catchment sensitive approach to farming in a catchment which is ‘At Risk’, by working with local farmers to support them to stay farming whilst simultaneously bringing about improvements in water quality, riparian management and instream habitats.