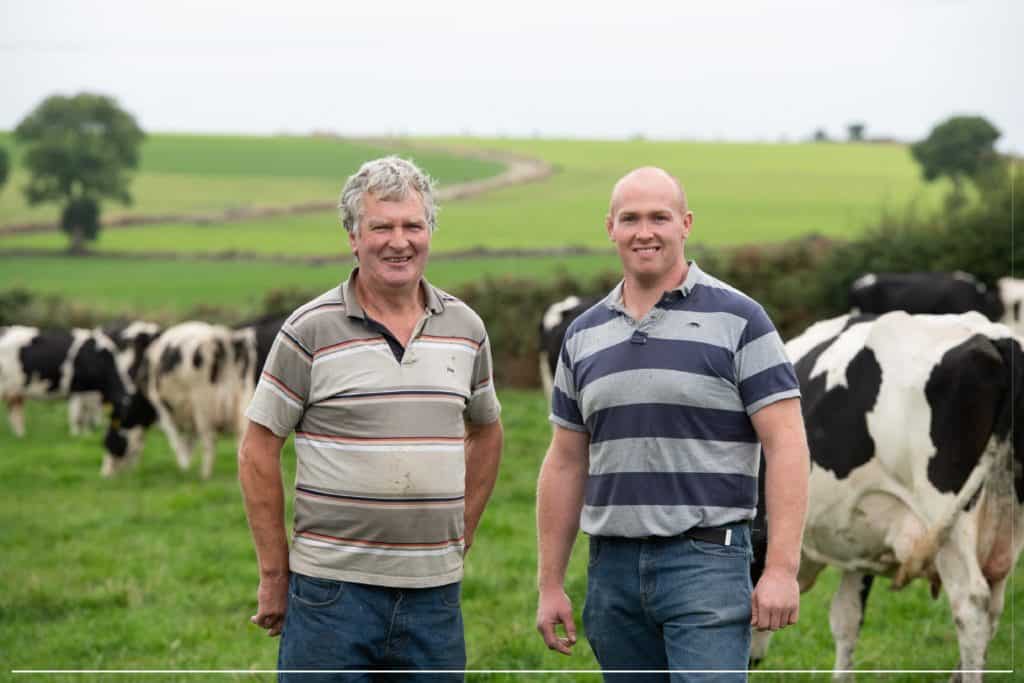 Dan and Tim Crowley farming in partnership since 2015 in Bandon, Co. Cork

What are farm partnerships?

Farming has had many changes over the years including an increase in more collaborative ways of farming. Collaborative farming models have trickled into Irish agriculture in a variety of forms including share farming, contract rearing and the farm partnership model. The farm partnership, for example, is widely considered to be able help address many of the challenges facing Irish agriculture such as low farm incomes, succession and inheritance, access to land for younger farmers in particular, as well as allowing for a better work-life balance.

Farm Partnerships in an Irish Context

While collaborative farming ventures are already well established in many countries, including Denmark, Norway and France (the highest adopter who currently have over 37,000 Groupement d’Expolitation en Commun (GAEC), on which the Irish farm partnership model is based), these structures are still relatively new in an Irish context. Farm Partnerships were first introduced in Ireland in 2002 as ‘Milk Production Partnerships’ (MPPs) restricted solely to the dairy sector. However, in 2015, the farm partnership model was opened up to be applicable to all sectors of Irish agriculture. In 2012, there were a total of 504 MPPs registered when they were still restricted to dairying and this has since grown substantially to 2,642 in 2019.

Tim and Dan Crowley are based in Bandon, Co. Cork and operate a 4th generation family farm. Their farm has evolved from a pig farm in earlier generations, to a dairy herd of 60 and an 8 unit parlour to a now 181 Friesian herd operating out of a newly built 24 unit parlour. A driving factor of these changes is the fact that they acquired an additional 40 acres’ land beside their own farm allowing for an expansion of the milking platform and since 2015, they have been operating as part of a farm partnership. The potential of the farm partnership structure was brought to their attention by their then Teagasc dairy advisor and collaborative arrangement specialist Tom Curran who has since moved role to the Regional Manager for West Cork.

Scaling up and Investment

As part of their partnership arrangement, Dan and Tim have experienced a number of benefits. Firstly, the partnership structure has allowed them to carry out a good level of investment allowing them to scale up and grow their farm business. The level of investment that has been put into the farm has also been helped by good tax incentives and breaks for farm partnerships and the availability of grants. For example, when they were building their new milking parlour by virtue of the fact that Tim and Dan operate in a partnership this has afforded them a grant of 60% rather than a 40% grant for a single application.

The partnership has also allowed for an amalgamation of skills such as regular grass measuring to help track costs and reduce inputs, with Tim and Dan both bringing their own particular skillsets to the table. Tim is particularly skilled in grassland management and in 2017, was awarded the Young Grassland Farmer of the year. These skills, along with others, have been crucial to the viability and development of the farm. Just recently, Dan and Tim have recently taken on a full-time farm worker to help with this growth and it is the partnership that has allowed them to be able to afford this fulltime employee.

While it is still very much a family business with huge support from wife and mother Helen, Tim Crowley notes that the farm ‘has to be run as a business now with things being so volatile, you need to keep an eye on costs and keep them to a minimum because the milk price is out of your control, you can only control inside the farm gate’.

It is also well established that succession and generational renewal is one of the main challenges facing Irish agriculture. The terms succession and inheritance often get muddled together when talking about generational renewal in an Irish context even though they have quite distinct meanings. Put simply, inheritance refers to the transfer of assets, whereas succession is the transfer of managerial control or responsibility. Farm Partnerships have been heralded as a potential model to help this transition and this was one benefit noted in Dan and Tim’s case. The partnership was especially helpful for Tim in allowing him to gain some managerial control of the farm after carrying out his agricultural education and after returning from a 3-month dairy placement in New Zealand.

‘He (Dan) has been good to leave go of the reigns in fairness but in general he has been very supportive and allowed me to drive on with numbers and things like that, and expand away which is a big advantage when your young’ – Tim Crowley

Tim also states that there are ‘many cases where the older figure still wants to have full control and full responsibility – that’s tough for a young fella coming through, that you can get a hold of that responsibility and left drive on with your ambitions’. The farm partnership has been a means for Tim to achieve this in his case.

The partnership has also helped the Crowley family achieve a work life balance that is often a deterrent for young entrants entering the sector. The Crowleys pointed out that there is a certain peace of mind with the partnership in this regard as if ‘you need time off, you automatically have someone who knows the whole system and the running of the system and can slot time off… and you have better peace of mind knowing that things are being ran’ and this has also been helped by the additional employee which has been afforded to them because of the increased viability associated with their partnership arrangement.

Advice for those Considering a Farm Partnership

For those thinking of entering a Farm Partnership, whether that be intra-family or inter-family, the Crowleys state that first and foremost both parties must get on well and work well together or else it won’t work for the long term. In drawing up the partnership agreement at the beginning, Tim Crowley emphasises that there is a need to ‘sit down and talk through it, and that doesn’t mean talking when you’re in the milking parlour, it needs to be roundtable discussion and other family members need to be brought into the discussion and let know what’s happening and what ye are thinking of going doing. Obviously getting your accountant involved and your local Teagasc advisor’.

The idea of entering a partnership arrangement needs to be talked through on numerous occasions on how it might work, to set out what goals and ambitions for the business, as well as different areas of management and the modus operandi. Talking to those who are already in a farm partnership or indeed gaining professional advice can help iron out any potential issues and equip farmers with the full information.

Potential applicants are strongly advised to utilise professional help, such as a solicitor, accountant or advisor for which fees may be charged (by these professionals). Having regard to this, the DAFM introduced the Collaborative Farming Grant under the Rural Development Programme 2014 – 2020 to help defray these costs. The DAFM refunds 50% of the eligible costs incurred in the establishment of the RFP, up to a maximum of €2,500. Newly established Farm Partnerships are invited to apply online for this payment. To date, payments of approximately €1.6million have been made to more than 1,200 Registered Farm Partnerships.