Should Farmers Score their Own Fields in Results Based Programmes?

In this National Rural Network EIP-AGRI guest blog, Dr Amanda Browne, Scientific and Technical Officer of the Caomhnú Árann EIP-AGRI Project, outlines the field scoring system developed for the Aran Islands (but applicable elsewhere), where farmer self-assessment is the end goal thereby reducing administration costs and training farmers to identify grasslands of high conservation value, and rewarding them for conserving and maintaining them.

If a transition to results based schemes is to be successful, then farmer self-assessment is the next logical step to farmer buy in, while at the same time improving farmers’ knowledge and reducing administration costs.

Most results-based projects have a scoring system, which in large projects is generally assessed by trained farm advisors and the data gathered submitted back to the projects hub for checking. What if the scoring system was assessed by the landowners themselves, giving them a hands-on insight into the product that they are trying to achieve, where higher quality habitats are rewarded with higher payments? Who knows the land better than the farmers themselves? A visit from a farm advisor in May could produce a different score to a visit in September, while a farmer knows that even though the field has just been grazed in September and does not look particularly species-rich, it was full of orchids and other positive indicator species in July and warrants a high score. Farmer self-assessment is one of the end goals and innovative elements that Caomhnú Árann EIP-AGRI Project is striving for with its 125 participating farmers on the three Aran Islands. It is facilitated by having a simple 5-point scoring system based on positive indicator species, which allows the vegetation to be put into a broader base of bands and leaves little room for scoring errors. In this scoring system, a score 5 represents species-rich grasslands and score 2 is indicative of semi-improved species-poor grassland. This scoring system was developed for grasslands on the Aran Islands but could work equally well in other locations where there is a continuum of grassland quality from intensively managed to species rich.

Given the logistics of the islands, there are no locally based farm advisors available and the Caomhnú Árann 3-person team scores the land and processes the resulting scores in to results based payment, however, with increasing farmer participation the administration cost, processing 100% of the land parcels of participant farmers is both untenable and unnecessary.

Before the Covid-19 pandemic, a series of farmer training days were planned to familiarise farmers with the scoring system, the indicator species and the issues that may reduce a land parcel from a score 5 to a score 4, and the actions necessary to improve the score 3 field. With the resulting travel restrictions from March to July 2020, farmer training workshops were not possible, and adaptations had to be made. A scoring leaflet (Fig. 1) and video were subsequently designed in-house by the project team, to encompass the main differences between the scores. Twenty-five Caomhnú Árann farmers were selected at random and asked to score their own fields using just the booklet and video guides as reference. These 25 farms were also scored by the project team in August and September 2020. To date the results have been favourable with significant correlation between the farmer scores and the Caomhnú Árann project team score and this success will be built upon in the coming months with further farmer training planned. Over the next 12 months Caomhnú Árann will work with farmers to further develop the scoring systems so it best reflects the different grassland types. 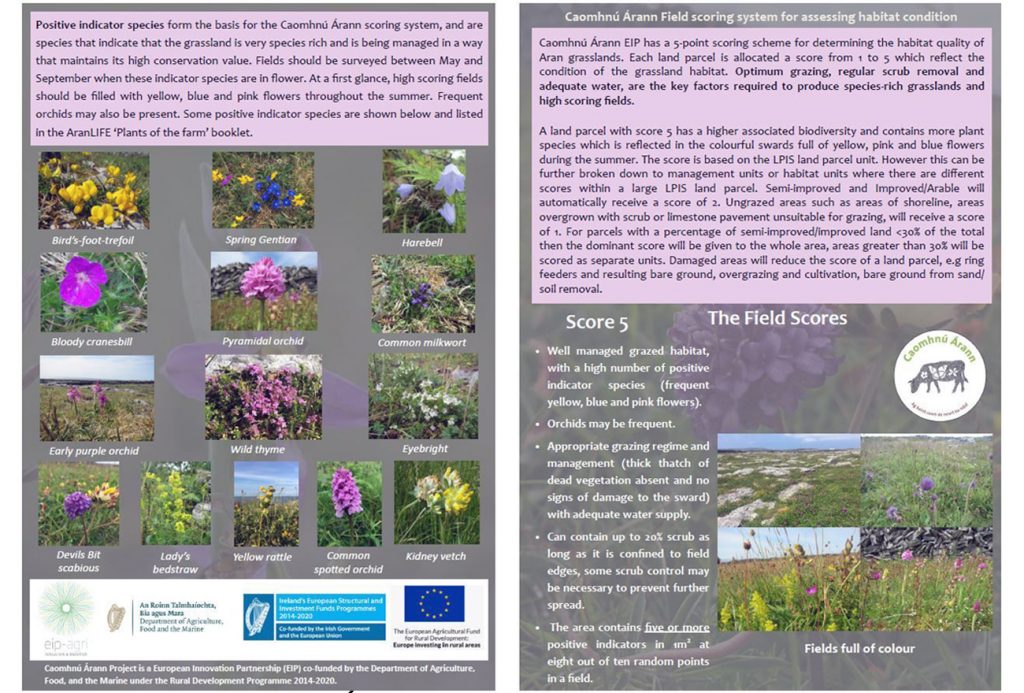 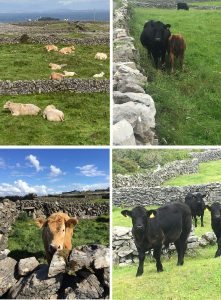 Fig. 2 Examples of some of the high quality cattle produced on the islands

On the islands, farmers have built up a lifetime of knowledge and expertise in their farming enterprise. There is a pride in producing quality and Aran farmers have a particular pride in their farm and the cattle that they produce, as the land that they are farming today was ‘made’ by th eir parents or grandparents. There is a strong sense of responsibility amongst Aran farmers in maintaining and conserving the land in as good a condition as it was in their parents or grandparent’s day. The legacy of the Caomhnú Árann EIP can be the knowledge and pride farmer take in producing 5* cattle (Fig.2) as well as 5* habitats (Fig. 3). 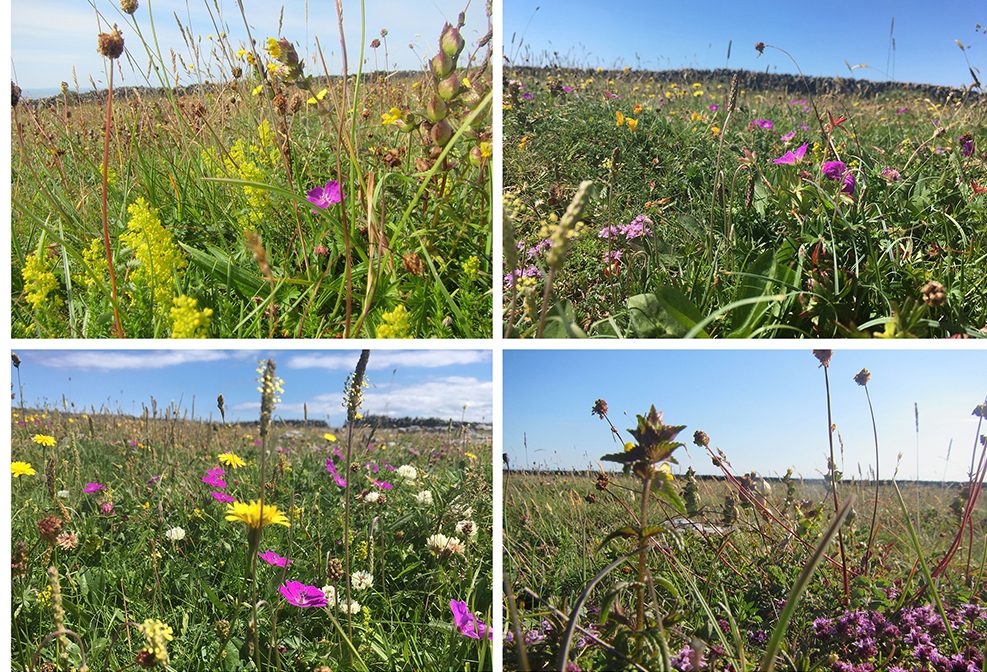 Fig. 3 Examples of 5* species-rich grassland habitats of the islands 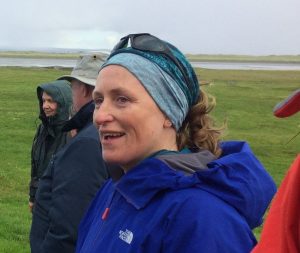 Dr Amanda Browne is Scientific and Technical Officer of the Caomhnú Árann EIP-AGRI Project. She also worked in this role for the preceding AranLIFE project since 2014. Prior to AranLIFE, Amanda was a professional ecologist with 15 years’ experience working in the private sector. As an Ecological Consultant, she worked with a wide variety of stake holders including private landowners and farmers as well as state companies and bodies and worked throughout the country surveying, scientific monitoring and reporting on a wide range of habitats.

If you are interested in writing a guest blog post on the topic of EIP-AGRI, Farm Viability or LEADER to be featured on the National Rural Network website and various social media pages, please email Dr Shane Conway, Researcher at NUI Galway and with the NRN for more details: shane.conway@nuigalway.ie

The NRN are always looking to highlight and promote innovative initiatives that will help inspire people in the farming community and in rural areas to maximize the success of the objectives set out in the Rural Development Programme 2014-2020.