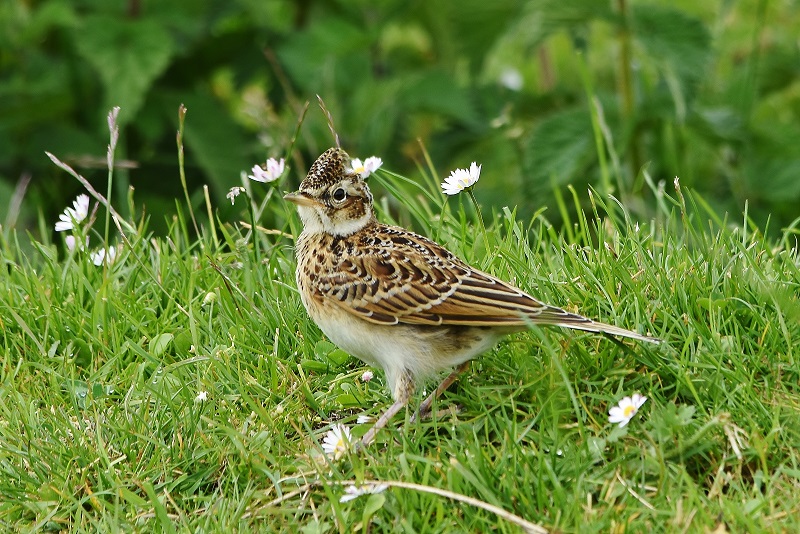 Minister of State at the Department of Agriculture, Food and the Marine, Senator Pippa Hackett has launched a call for new locally-led farm and community biodiversity initiatives.

The €1.25 million initiative, which is under the Department of Agriculture, Food and the Marine’s Rural Development Programme, invites project applications from farmer groups, local action groups, NGOs, local authorities, or community groups. Minister Hackett said; “This is all about helping farmers and land managers to deliver for biodiversity, both on farms and at a local level. It is a completely open call so I hope any and all interested bodies such as groups of farmers, NGOs, local authorities, community groups, or indeed existing EIPs will put forward their ideas for local biodiversity initiatives.”

Explaining the background to the call, the Minister continued; “Locally-led projects are among the shining stars of our current Rural Development programme. I want to build on them now by offering support to smaller-scale versions. I was delighted to secure €1.25 million in the Budget to fund this call, and I see successful projects focusing on increased biodiversity through collaboration with small groups of farmers or other land managers. The farmers might share a common habitat such as a stream which goes through all their lands, or they might be scattered but share a common type of habitat. Either is acceptable. We just want to support creative ideas on how they might be brought together to enhance biodiversity.”

The projects being submitted in response to the call should have a value of at least €50,000, and they should take no longer than one year to complete, after planning is done and relevant permissions are received. The call will be competitive, and an evaluation committee will determine the projects to be funded.

Emphasising her expectation that projects will be able to build on the success of the 24 locally led programmes around the country in which the Department has invested approximately €60 million to date, Minister Hackett concluded; “These schemes have shown real innovation and delivered measurable results in terms of climate, biodiversity and water as well as enhancing the viability of farmers involved. But I want to go even further and develop initiatives which are smaller and draw in many more farmers, giving them the opportunity to work with each other, with other bodies and even with local communities. We all need to understand that our natural habitats, environment and biodiversity are a shared resource so I really hope people and groups in every part of the country will consider participating and engage with my Department in the preparation of an application.”

Applications should be submitted by midnight on the 31st March 2021 to EIP@agriculture.gov.ie

A guideline document on this Open Call can be downloaded from the Department website here.

The EIP initiative is co-funded by the EU Commission as part of Ireland’s Rural Development Programme. Essentially it involves a range of stakeholders (farmers, advisors, researchers, NGOs etc) coming together in what are termed ‘Operational Groups’ to trial innovative solutions that the Group themselves have developed.

There is a wide range of EIP Operational Groups already in existence under Irelands RDP, but this is the first call for proposals which specifically targets smaller-scale local biodiversity initiatives.

Support for this Open Call is structured around a competitive fund. All applications will be evaluated by a committee for relevance to the EIP programme and value of work proposed to enhance biodiversity in the community. A final shortlist will be formed from which DAFM will select projects for implementation during 2021 with up to 100% funding provided.