The Minister for Agriculture, Food and the Marine, Charlie McConalogue T.D., yesterday announced that the Government has agreed an exchequer contribution of €2.30bn for the CAP Strategic Plan 2023-2027. This brings total funding for the plan to €9.8bn.

Commenting at an announcement of the funding this morning, Taoiseach Micheal Martin T.D., said: “The investment of €2.3 billion of national funding in Rural Development measures over the 2023-2027 period emphatically demonstrates the Government’s continuing commitment to farmers, to rural areas and to the rural economy. It also demonstrates my own, and this Government’s, determination to follow through on commitments made in the Programme for Government, for example in relation to the allocation of carbon tax funding to a flagship agri-environment and climate measure to encourage farmers to farm in a greener and more sustainable way, and in relation to the alignment of Ireland’s organic farming area with the current EU average. It is an enormous vote of confidence in the sector’s ability to meet the considerable challenges it faces, and to secure an economically, socially and environmentally sustainable future, for farming families and for society more widely.” 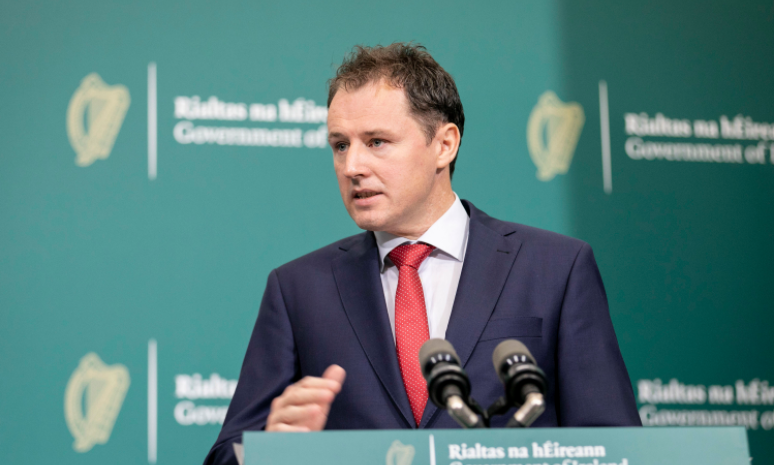 Commenting at the announcement of the funding, Minister McConalogue said: “The announcement today is a real commitment to our farm families. It will support our farmers in doing what they do best – produce top class, world famous food while helping them make a real impact in meeting our climate ambitions.

Farm income and environmental sustainability is at the centre of everything I believe in and I know farmers will recognise the range of supports put in place.”

“I am delighted to announce national funding of €2.30bn for rural development interventions under the CAP Strategic Plan. When combined with EU funding, it will provide for a rural development package of some €3.86bn. This funding will place farmers in a very strong position to address climate and environmental challenges while also supporting the economic viability of the agriculture sector and rural communities, while delivering significant public goods.”

The Minister noted that: “agreement on the co-funding element for the Rural Development component of the CAP Strategic Plan is an important milestone in the development of the plan. I intend to consult further with stakeholders, including through the CAP Consultative Committee tomorrow, on the indicative allocations for the individual measures that this funding now facilitates, and on which I am also providing further details today.”

The Minister thanked his Government colleagues for their support in honouring the Programme for Government commitment on the allocation of carbon tax funding to agriculture. He noted: “The Government will meet its commitment to provide €1.5 billion in addition to CAP funding over the ten-year period to 2030. The funding allocation announced today includes €723m of carbon tax funding, which is a significant first step in this regard, and reflects the incremental nature of carbon tax revenues over the period to 2030. I intend to allocate this funding to support sustainable farming practices through a flagship Agri-Environment Climate Measure, as promised in the Programme for Government.”

Commenting further, the Minister said: “this funding is a substantial increase on the existing rural development programme. When you compare the last seven year programme 2014-2020 with the next seven years 2021-2027, the funding is almost €1.2bn, or nearly 30%, higher. Even excluding the carbon tax funding element, there is an increase of €500m. “

On co-financing, the Minister noted that the exchequer had increased the percentage contribution over the period from 47% in the current RDP to 50% in the CSP with the contribution rising to 60% when the carbon tax funding is included.

On the Pillar I elements, the Minister indicated his current thinking: “I am keen to provide more clarity on the overall package and therefore I am proposing that 25% of funding will be set aside for eco-schemes, 10% for CRISS with the funding redistributed on the first 30ha of every farm. I propose to continue internal convergence on an incremental basis over the period, so that all entitlements reach a minimum level of 85% of the national entitlement value by 2026. I am proposing to implement capping of direct payments at €66,000 by utilising the flexibility in the regulation where payments between €60,000 and €100,000 can be reduced by 85% giving an effective cap of €66,000. Regarding Young farmers I intend to allocate 3% of the value of the Pillar 1 budget for interventions for Young Farmers on an annual basis. To address the deficit in protein, I propose to allocate €35m to the protein aid scheme over the period. 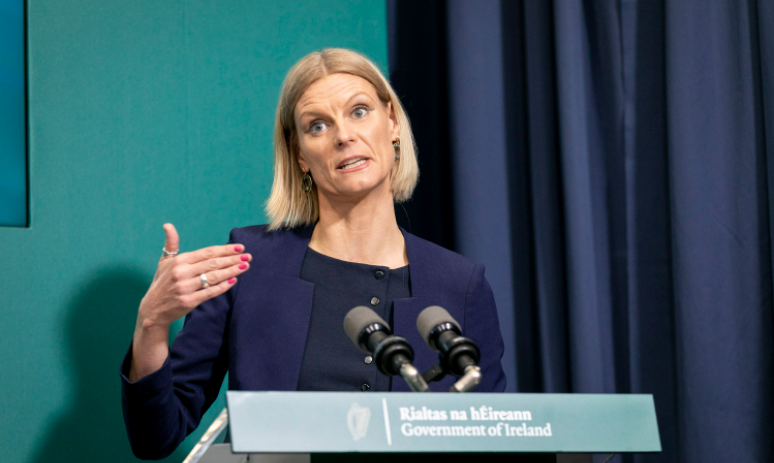 Minister of State, Senator Pippa Hackett, said: “I want to congratulate Minister McConalogue on securing this funding, which means farmers can be supported as they up their environmental ambition and farm in a way which protects biodiversity and climate as well as supporting their enterprises and their land.

Over the past 5 years or so, our farmers have been acknowledged and praised internationally for the way they have delivered results through EIPs such as the Burren, Bride and Hen Harrier Projects. Through the AECM, this Cap Strategic plan will build on that model and that expertise, while it also provides the support necessary to deliver on our increased organic farming targets.” 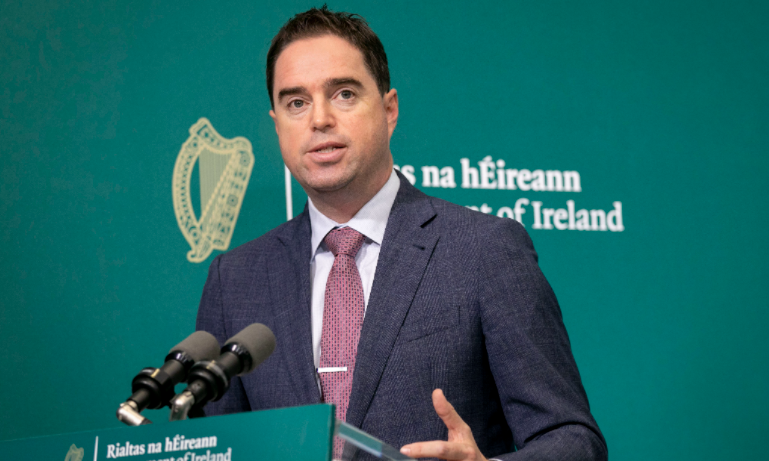 Minister of State Martin Heydon T.D. said: “We have secured a strong level of funding for the rural development programme to support active farmers across the country. This will allow us to offer a suite of schemes to support those farmers, their incomes, and ensure they remain a cornerstone of their communities.

There are specific allocations for our vulnerable beef farmers, sheep farmers, and tillage farmers. There is also a commitment to back farmers investing in their farms through a well-funded on-farm investment scheme. And for all farms there will be an opportunity to enter a well-funded agri-environment scheme.”

For the first time Common Agricultural Policy (CAP) supports will be brought together under one CAP Strategic Plan with the support for direct payments and sectoral interventions (Pillar 1) and rural development (Pillar 2) incorporated into one strategic plan. The CAP Strategic Plan (CSP) is structured around the achievement of three general objectives, as set out in EU legislation, namely:

(iii) to strengthen the socio-economic fabric of rural areas.

The preparation of Ireland’s draft CAP Strategic Plan (CSP) 2023-2027 has been under way for some time. Development of the plan involves a number of stages, including SWOT analysis, needs assessment, intervention design, financial allocations, target setting (including monitoring) and governance systems. The draft CSP will also be subject to an ex-ante evaluation, Strategic Environmental Assessment and Appropriate Assessment, all of which are currently under way.

The agreement on the national co-financing is a key milestone in the development of the plan as it provides the financial allocations to achieve these objectives. The plan sets out a range of interventions under both Pillars. Some elements are mandatory and for others there is more flexibility. The proposed list of interventions have been developed following an extensive period of consultations conducted by the Minister over the past two years including engagement with the national CAP Stakeholder Consultative Committee, and most recently a detailed public consultation that attracted over 1,000 submissions, and an ongoing series of in person, mart meetings over the past few weeks.

The EU budget agreement provided for a total CAP funding for Ireland of €7.5 billion over the 5 year period from 2023 to 2027. The funding is split between Pillar 1 (Direct Payments and Sectoral Interventions -€5.9billion) and Pillar II (Rural Development – €1.56billion).

The allocation for the national exchequer to co-fund the Rural Development element of the CSP of €2.3bn has been agreed. This will bring the total funding for the CSP to €9.8bn and to €3.86bn in respect of the Rural Development component of the plan. Pillar II measures include LEADER interventions to be delivered by the Department of Rural and Community Development.

Funding will be phased over the 2023-2027 period in line with the requirements of intervention design and the annual national budgetary process.

The CAP Strategic Plan Regulation contains a number of particular requirements for all EU Member States in relation to the redistribution of direct payments to ensure that payments are directed to smaller holdings and to balance out the entitlement values, provisions are also made to direct supports to the young farmers and to address the protein deficit. It is proposed to:

– Allocate at least 3% of the value of the Pillar 1 budget on interventions for Young Farmers each year in the Pillar 1 scheme (approximately €35million per annum);

– Redistribute 10% of the value of the Pillar 1 budget on the Complementary Redistributive Income Support for Sustainability (CRISS), a “front loading” intervention that benefits smaller farmers to a greater extent than larger farmers (approximately €118million per annum) based on the first 30ha;

– Continue internal convergence so that all entitlements reach a minimum level of 85% of the national entitlement value by 2026;

In line with evolving societal needs and demands, Ireland’s CAP Strategic Plan will have a particularly strong emphasis on achievement of a higher level of climate and environment ambition.

It will contain measures that will help to achieve significant improvements in the areas of biodiversity and water quality, as well as contributing to national and EU climate and environmental targets, including through increased sequestration and carbon removal. In this regard, DAFM has been working in close collaboration with other government departments and agencies, and external actors, to maximise the achievement of climate and environmental objectives through the CSP.

Specifically, Ireland’s CAP Strategic Plan will have a new “Green Architecture” to achieve this environmental ambition, which will have the following main elements: