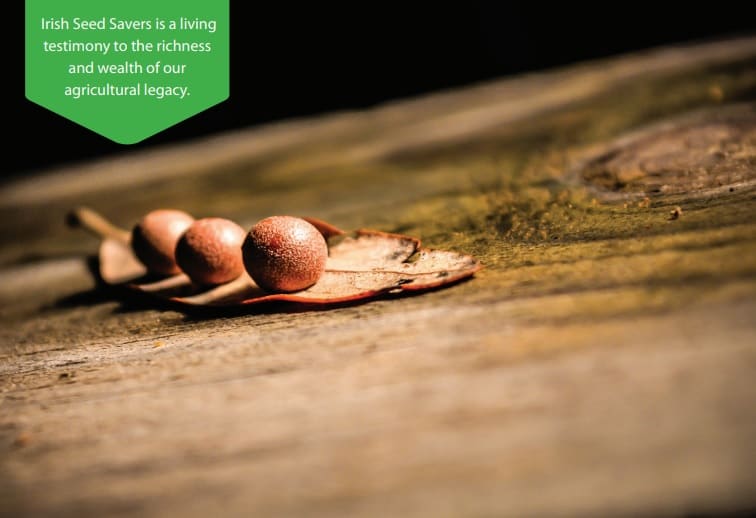 Ireland is blessed with a rich agricultural legacy that stretches back thousands of years. But this unique heritage is increasingly under threat from changes is farming practices and environmental pressures.

Anita Hayes set up the Irish Seed Savers Association in 1991 with the aim of protecting, conserving and using Irish plant genetic resources including rare heritage seeds and grains. The work was initially done on a small farm in Co. Carlow before relocating to Capparoe, Scarriff, County Clare in 1996.

Irish Seed Savers is a social enterprise which operates with 26 dedicated staff, the majority of which are part-time workers. It currently has approximately 600 vegetable varieties; 48 grain varieties; 140 native apple varieties and a potato collection.

One of Irish Seed Savers Association’s main aims is to raise public awareness about the vulnerability of Irish agricultural biodiversity through workshops at schools and community groups. The workshops cover a range of topics including organic gardening, creating orchards, cheesemaking and bee keeping.

Irish Seed Savers attributes much of this success to the availability of LEADER funding, which was used for a range of essential work which included construction of a storage barn and a seed processing facility, as well as the fitting-out of a seed bank.

Irish Seed Savers are constantly expanding the scope of their work. Recent projects include the establishment of a native broad leaf woodland and a wildlife sanctuary.