Farming began in Ireland around 4,000 BC with the domestication of goats, sheep, cattle, pigs and the cultivation of a primitive form of wheat and barley. Evidence of agricultural settlements and enclosure have been found from that period onwards. As agriculture advanced and progressed throughout the ages, so too did the variety of plants and animals farmed. Traditionally in Ireland farms were self-sustaining small holdings. With the introduction of new time breeds, some of Ireland’s indigenous species were lost, some of these traditional species have been revived from the brink of extinction are still farmed today.

Under the current Rural Development Programme 2014-2020, the Green Low-Carbon Agri-environmental Scheme (GLAS) there is an option to choose rare breeds as part of the on farm GLAS Plan. Currently there are 49,119 active GLAS participants, just 2% of farmers active in GLAS have selected the rare breed option as part of their GLAS plan.

The objective of this action is to retain – and where possible increase – populations of specific rare breeds to ensure long term survival on the breed.

The eligible livestock species are:

The Irish Moiled – A Rare Breed 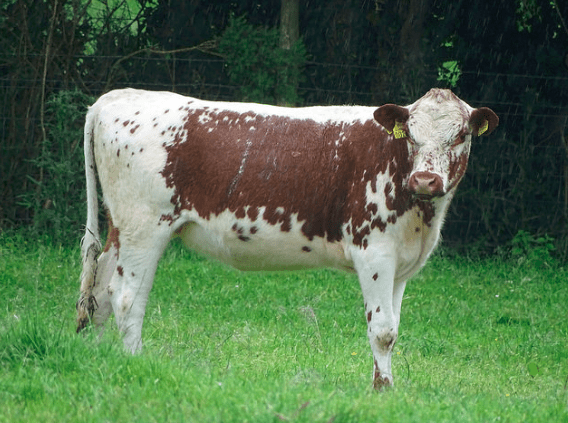 The Irish Moiled (or Moiles), is a rare breed of cattle which is a small hornless breed usually red in colour, speckled with white and having a white line across their back. The name Moile is derived from the Gaelic language and related to the distinctive dome or mound on top of the head. The Irish Moiled is a very docile, a reliable milker or suitable suckler cow. The Moiled were a very popular breed in Ireland in the 1800s, but by the end of that century specialised breeds like the Shorthorn, a cow similar in size, took over in popularity.

The Irish Moiled back from the brink of extinction 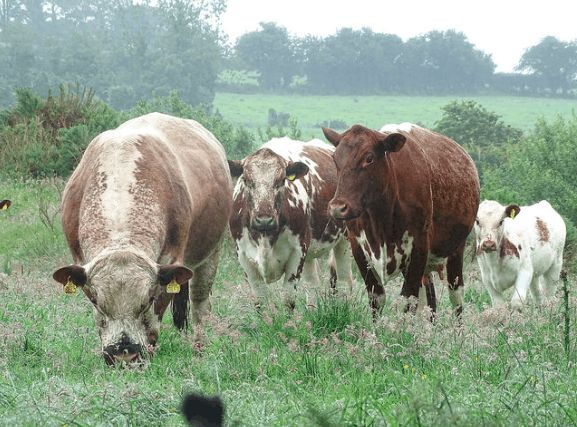 In the 1970s the Moiled was on the brink of extinction with only two small herds known to exist throughout Ireland. Today the Moiled still survives and is one of our rarest and most distinctive cattle breeds.

The NRN met with Donegal farmer Mark Mc Connell at the Irish Rare Breeds conference in Mulranny Co. Mayo in May 2018. Mark and his family breed Irish Moiled cattle and also have Old Irish goats and traditional Irish poultry on their farm. 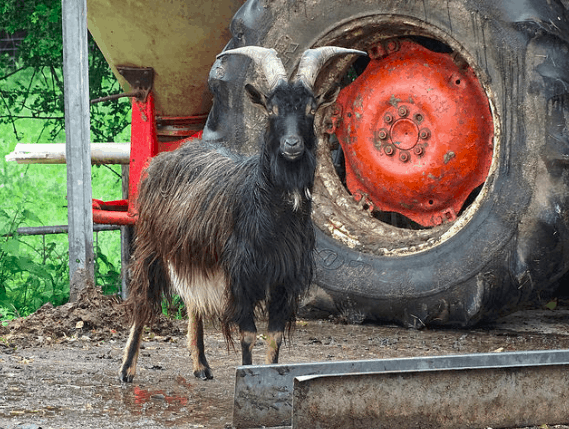 Mark has a keen interest in the history and the preservation of Irish breeds and is committed to the revival of a traditional breed of cattle which were once nearing extinction.  Mark is a participant in the GLAS scheme and has chosen the Rare Breeds action as part of his GLAS plan.

What are the future challenges for Rare Breeds?

The development of a market is key to raising awareness of rare breeds. “Anyone farming these rare breeds is only farming them in small numbers, as it is probably not viable to farm them in large numbers. The development of a market for the produce, where farmers are paid a premium is the key to viability.” The Irish Moiled cattle thrive on grass; the cows easily rear their calves while maintaining a good body condition themselves. Mark also encouraged the idea that other native rare breeds should be recognised in future schemes. “The Clodoir sheep, Bo Riabach cattle, Bo Fianna cattle, Old Irish goats and of course Old Irish game fowl which are entrenched in our heritage and their recognition will go a long way to helping the survival of these native animals”. 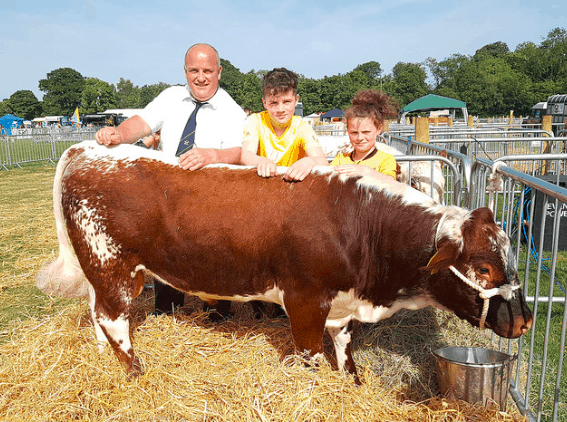 Mark exhibited his year-old Moiled bull at the Flavours of Fingal County Show on Saturday 23rd June 2018. The bull came second place in its class.